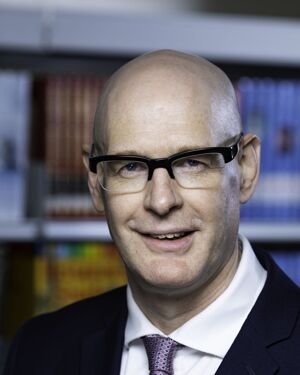 During his time in charge, FGCS ranked 14th, 6th and 48th in UK respectively with a Progress 8 score consistently above 1. Under Simon’s leadership, FGCS was rated as Ofsted Outstanding in 2016 and is ranked in the top 1% of schools for financial efficiency. Simon was named by the Evening Standard as amongst London’s 1000 most influential people as a “social pillar of education”.

Simon is focused on creating a strong, collaborative trust which learns from others and constantly seeks to improve. Driven by high standards and a passionate belief that schools improve best when committed leaders work together, Simon brings an informed, no-nonsense approach to school improvement and a track record of building effective and transformational teams.